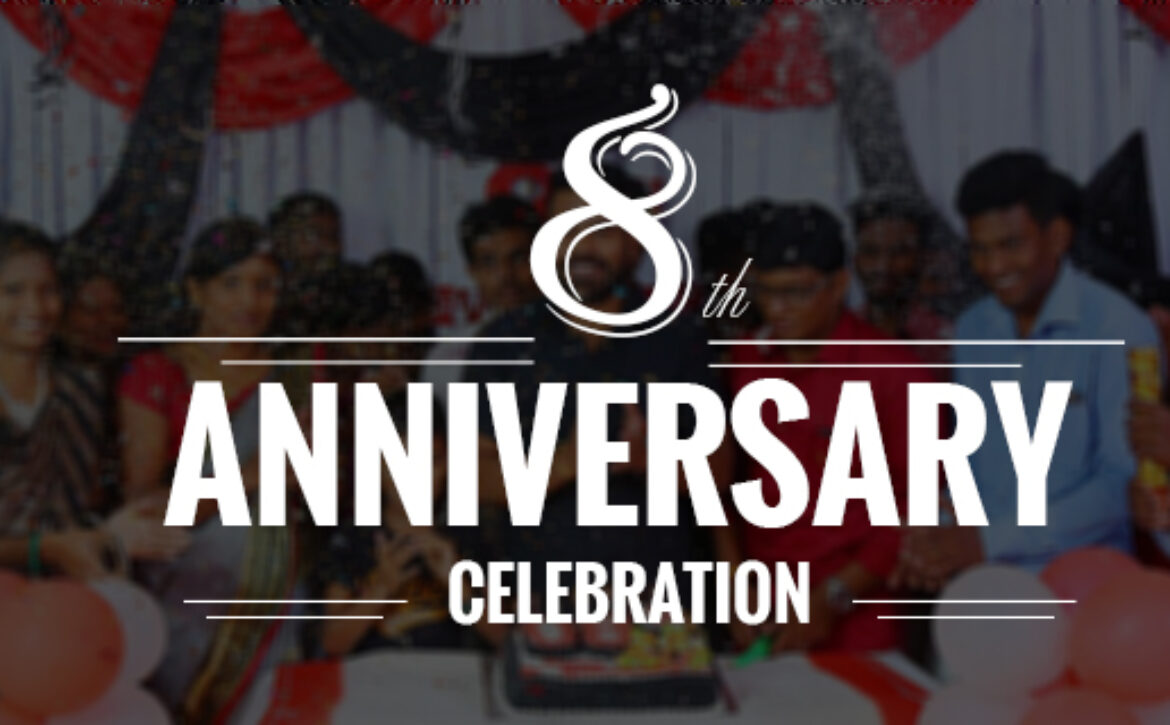 Taking Our 8th Anniversary Celebration to the World

“It was an awesome day,” “I wish the day never came to an end” were some of the comments I happen to hear from my colleagues by the end of our 8th-anniversary celebration. If you are one of those who wants to know how we celebrated our 8th year of the journey, I am sure you would want to read this post.

Before I start talking about what happened on the 17th of September, let me take you to the previous day of the event.

The anniversary celebration began two days before the actual day, by sending the invitation to everyone through letter posts and the Facebook Event Page. The excitement among the colleagues is visible through the posts they’ve written on the event page itself.

Since the previous day, the 16th of September was a public holiday in Sri Lanka, for the Full Moon, our colleagues began decorating the office on the previous day itself. While the decorating team was working on their tasks, other members who were responsible for the programs were rehearsing.

Also, on that day (16.09.2016) we decided to support 16 students who have lost their relations in the civil war. Through the organization called Thamizh Virutcham, we donated stationeries to those students.

Both, rehearsing and decorating, are not easy as thought. Every bit of decoration has to be perfect as planned, and the programs have to be scheduled perfectly so that it doesn’t clash with other plans on the agenda.
The day wrapped up only when the task assignees were satisfied with the decoration and the programs for the next day.

The excitement began. To be honest, it was not only us, staff, who were excited about this celebration but our former colleagues too.

Sharanyan Sharma, our Founder, inaugurated the event by lighting the oil lamp, which is a ritual here in Sri Lanka. Following the lighting the lamp rituals, we had to go through a welcome speech which then led us to the main part of the event. 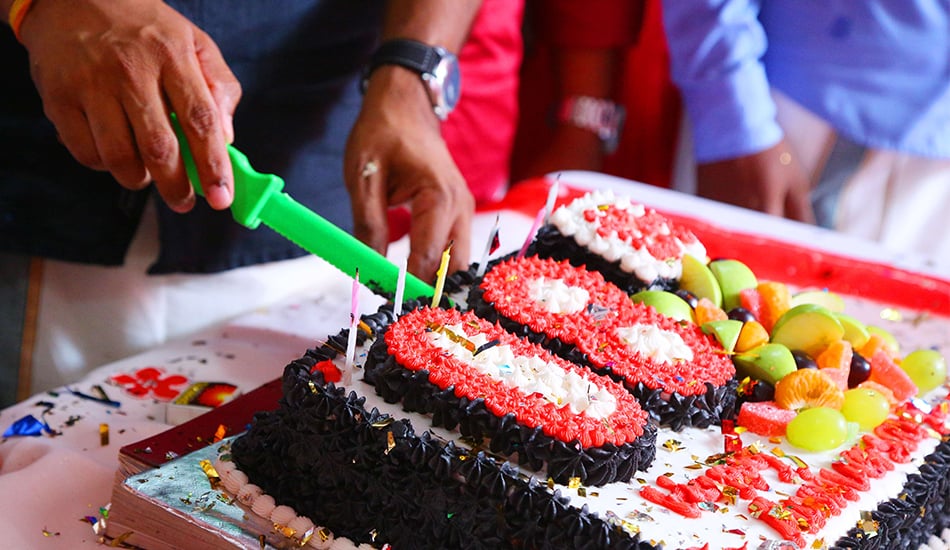 What is an anniversary celebration without cakes? Thanks to the decoration team that has chosen a fantastic, or rather a beautiful, cake design. It was not only an icing cake but fruits and sweets were a part of the decoration too. The Cake cutting was the main event on the agenda (or at least I think it is). Sharanyan Sharma, our Founder, cut the beautifully decorated cake.

“Unbelievable! How time flies. It only feels like yesterday when I was walking down an old apartment corridor on a mission to rent a small, dusty room, which would later give birth to such a beautiful company – Prime One Global. It only feels like yesterday! But, it’s been Eight Years. Eight beautiful, incredible, challenging years,” shared the Chairman of the company, Mr. Sharanyan Sharma, in his speech. Furthermore, he spoke about the obstacles he had to overcome in establishing this brand, Prime One Global LLC, as one of the largest digital marketing companies in Sri Lanka.

The most interesting part of his speech was when he announced about the new branch which is opened in Colombo World Trade Center. And the other surprise is the announcement about the Calcutta office which is to be opened in near future.

Following the speech of our Chairman, our previous CEOs, Mr. Kugathasan and Mr. Nivethan shared their thoughts about the company and wishes for the enterprise.

These speeches were followed by the address of our current CEO, Mr. Kokulakrishnan. And then, the company history was shared in a speech by the co-founder of the company, Mrs. Pratheepa Sharanyan.

Reader, I can hear your mind. No. The event wasn’t full of speeches. There were girls brought from Baratha Narthanaalaya (a local institute for Bharatha dance) who brought colors to the event by their dances. There were different age groups of students from the institution who danced to various songs.

With the colorful dances, there was a break for lunch.

It is usual to take a nap once after lunch. Knowing that we decided not to let any audience fall asleep. The first event after lunch was a musical performance by our colleague, Umasuthan, who used his fingers to bring fantastic music. Although young, his sound knowledge in playing ‘Miruthangam’ (a musical instrument like a drum) amazed the crowd, and everyone was on the tip of the seat eagerly watching him play it.

We had two dramas performed by our staff. One of the dramas was by the girls’ squad of our company who demonstrated what would happen if officers from an IT company happen to work in a restaurant. That was quite a comic drama, which made the crowd die in laughter.

“How life shatters down because of one’s carelessness in driving a bike without the helmet” was the theme of the second drama by our staff. The best part is the actors don’t speak their morals but display what happens by one’s carelessness. 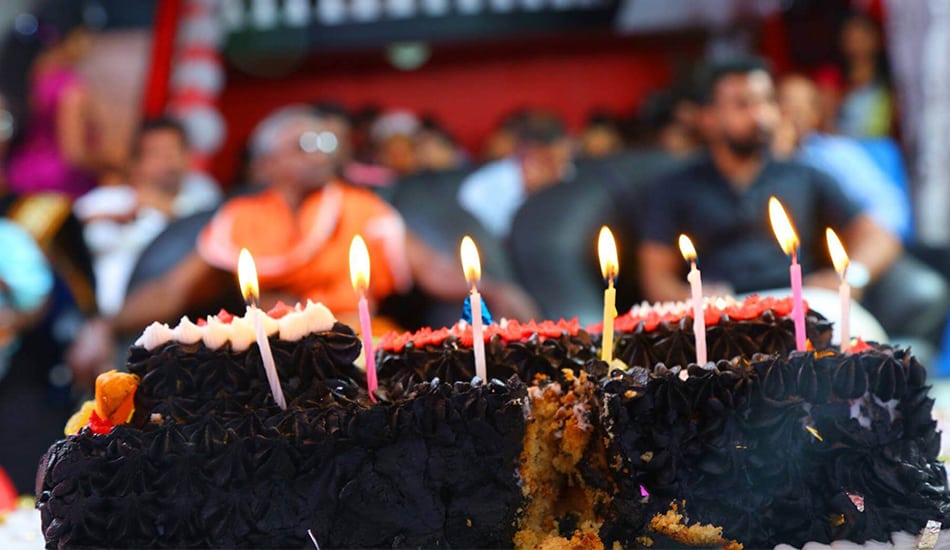 As a final event of the day, we decided to have two teams of the whole staff on stage. A team has to perform what the opposite team asks for, and that resulted in both the team doing a fashion show walk.

Want to see more about the celebration? Check into of photo album on our Facebook. Although the event wrapped up with fun and excitement, new goals are set for the new year.