The beautiful Colombo Lotus Tower finally opened its petals to the public on 16th September 2019 under the patronage of President Maithripala Sirisena with the partaking of Prime Minister Ranil Wickremesinghe, Opposition Leader Mahinda Rajapaksa, Speaker Karu Jayasuriya, the Chinese Ambassador to Sri Lanka, Cheng Xueyuan and many other dignitaries. To mark this historic event of the opening of the Lotus Tower, The Department of Sri Lanka Posts decided to issue a commemorative stamp valued at Rs 45.00 with a first-day cover and a commemorative note. 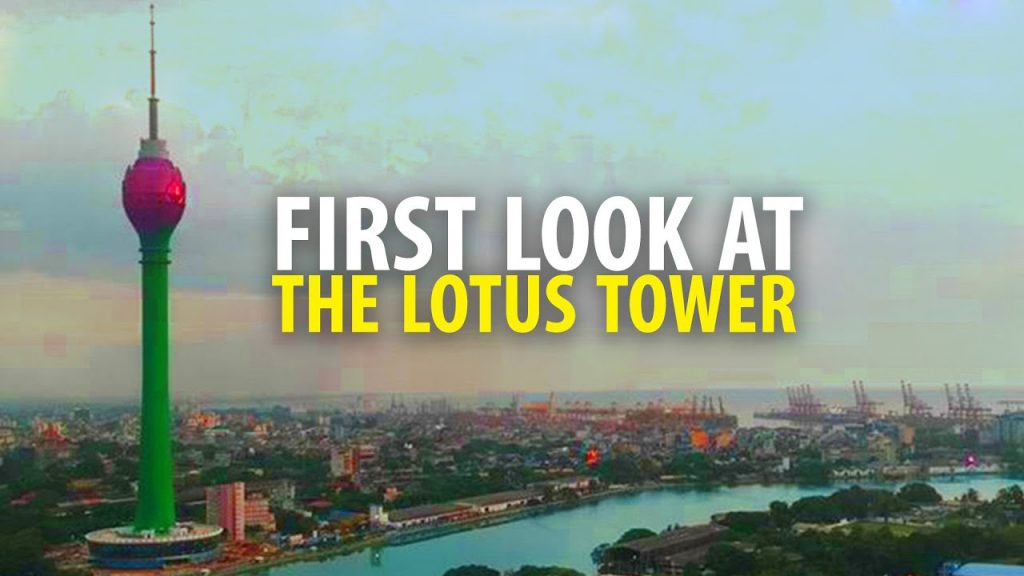 The tower construction project was commenced in 2012 during the period of former President Mahinda Rajapaksa. It was first proposed to be built in the area of Peliyagoda but later the Government of Sri Lanka decided to shift the location to the waterfront of the Beira Lake and the construction started on 20th January 2012 after a foundation stone-laying ceremony at the waterfront of the Beira Lake.

How tall is Colombo Lotus Tower?

The 356 m high Lotus Tower is the tallest freestanding tower in South Asia. it also got the 11th position among the tallest towers in Asia and the 19th position in the entire world. The 1,168 ft tall tower is the symbolic landmark of Sri Lanka. The tower has six floors where the 1st and 2nd floors are at 215 m and 219.8 m heights of the tower. And the 3rd and 4th floors of the Tower are at 224.6 m and 224.6 m heights.

Design of The Majestic Lotus Tower

Lotus Tower also is known as Colombo Lotus Tower located in the heart of Colombo city. The design of this incredibly attractive tower is inspired by the Lotus flower. Which signifies purity in Sri Lankan culture also symbolizes the island’s booming developments. The bottom of the tower is inspired by the throne of the lotus flower and created by two upturned trapezoidal. The lotus tower’s color is designed to fluctuate between pink and light yellow by smooth transition effect of the petals accomplished with the coating glass and the LED lights of changeable colors, also the trunk of the tower is illuminated using floodlights, during festivities like Avurudu, Pongal, Christmas and Eid the tower will have suitable decoration exhibits. The tower is around 350 m tall and comprises 30,600 m2 of ground area. The construction cost of the tower is costing $104.3 million which is funded by EXIM Bank of the People’s Republic of China. The lotus tower is noticeable throughout Colombo city, its areas and most chief highways emitting from and across the capital city. 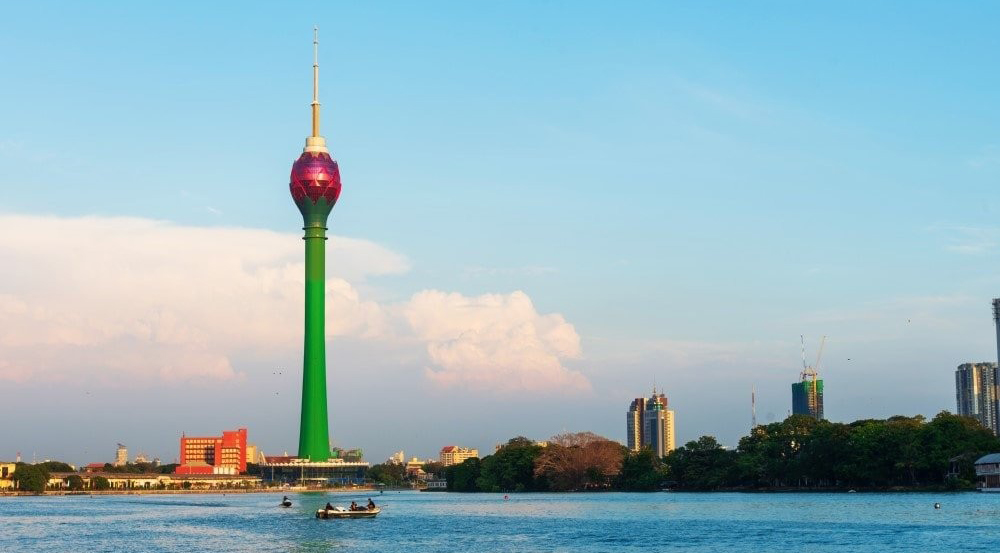 The Lotus tower podium comprises of 6 floors. The first floor of the tower accommodates a telecommunication museum and two exhibition halls for the faculty. The 2nd floor is utilized for numerous conference halls with seating for more than 500 people. Restaurants, food courts, shopping malls, and supermarkets are located on the 3rd floor. There is a 1000-seat auditorium located on the 4th floor, where the 5th floor contains luxury hotel rooms and huge ballrooms. The 7th floor of the tower hosts an observation deck. The constructing of the lotus is designed in the structure of a large water park. The elegant lotus tower has four entrances and eight elevators, with the two entrances being used as VIP entrances for distinguished guests and state leaders.

Antenna leasing and tourism will be the main sources of revenue for Colombo Lotus Tower. It will be an exceptionally popular leisure and entertainment spot on the island with a variety of tourist attractions. There are plans for Phase II of Lotus Tower which will be constructed in the same locality as the Lotus Tower. It will store the underground parking area for more than 2,000 vehicles, shopping malls, gyms, swimming pool facilities, and movie theatres. With all these future plans in the pipeline, the Lotus Tower indeed seems to promise a better change in Colombo.

The multifunctional tower is one of the significant attractions in Sri Lanka and an epitome of the Sri Lankan culture, wealth, and developments. Therefore, the beautiful Lotus Tower of Colombo is the pride of Sri Lanka which flourishing the blooming developments of Sri Lanka’s economy.

When you are visiting Colombo, make sure to catch a glimpse of this iconic tower. You will be astonished by the charm of this glorious beauty! Abirika Soolabanee is a certified content marketer with four years of experience as a Content Manager. Bringing expertise in content marketing, inbound marketing, blogging, copywriting, SEO, keyword research, and research & analytics. She is passionate about Blogging and Inbound Marketing. She writes in-depth articles and guides about digital marketing trends, technologies, and other lifestyle topics since 2018. Through her writings, she loves to help people in all aspects of their life.